Trustees of the Gallery Trust

Kay Willett has worked in special and mainstream education for over 25 years, and was Head Teacher of Iffley Academy, Oxfordshire’s largest special school, since 2003. Kay combines her role as CEO with that of Executive Head Teacher of Iffley Academy. Iffley Academy received an Outstanding Ofsted judgement in January 2015 and February 2019. Kay is a National Leader in Education, working alongside colleagues in schools to effect positive change, and has a strong track record of providing school to school support. As a coach for ‘Women Leading in Education’, Kay mentors Head Teachers and aspiring school leaders. Kay has served as Chair of Oxfordshire Special Schools Association, chaired High Needs funding block reviews, and works with Oxfordshire County Council on the SEND provision map and growth strategy. 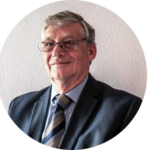 Chris has worked in education throughout his professional career. He spent 25 years in teaching and leadership roles in a range of schools in inner city, suburban and market towns. He joined Oxfordshire County Council as a Schools Adviser leading teams of curriculum specialists, including work with special schools. Chris specialised in supporting effective leadership and governance of schools in challenging circumstances. Chris has been a School Improvement Partner since retiring from full-time work and for many years was an Ofsted inspector with a teacher training focus.

Chris has a passion for global education, and has extensive experience working in several African countries and continues to work regularly with schools and their leaders in Uganda.

Stephen King is a Human Resources professional with 38 years’ experience and is a Chartered Fellow of the Chartered Institute of Personnel Development. Stephen has held various senior roles in industry, including Personnel Director of Ferguson Limited and HR Director for a UK subsidiary of Prudential, before starting a consultancy business specialising in HR management in 2001. Stephen has worked in senior HR roles for a number of local authorities and other public bodies.

Matthew is an electronic engineer with 35 years’ experience in hi-tech companies, including over 20 years at board level. He is a Chartered
Engineering and Fellow of the Institute of Engineering and Technology, and is now owner/director of a design consultancy.

Matthew’s involvement in education includes being a governor at Bardwell School, where his son was a former pupil, and serving on an advisory
board of the Research Council UK. Matthew has 15+ years experience of charity trusteeship and governance, and is currently a trustee of a small grant making charity for young people.

Kath is a qualified Chartered Accountant with over 30 years of experience, including 12 years as an external audit partner in a large national firm. In 2010, she joined the Chartered Institute of Internal Auditors and set up a consultancy company which provides administration and advisory services to charities.

Kath’s involvement in education includes being a governor at Bardwell School (where her son was a pupil). Kath has been working professionally with the charity sector for over 20 years; and in a personal capacity by volunteering as a Trustee during the last 11 years.

Kevin has 34 years of experience of working in education. He worked in Oxfordshire from 1986, initially as a teacher of English and Media, then as a head of department and senior leader. From 2009 he worked as a senior advisor in Buckinghamshire. Since 2016 Kevin has also served as an Ofsted Inspector and is currently working as an independent education consultant. From 2009 to 2013 Kevin was a Governor at St Andrew’s Primary School, serving as Chair from 2010 to 2013. Kevin has been a Governor at Mabel Prichard School since 2018 and has been Chair since September 2019.

James has spent 21 years working in a variety of mainstream secondary schools in Oxfordshire as a teacher, head of department, SENCO and Assistant Headteacher. In 2016 he moved to a special school providing education to children in Oxfordshire with medical needs. With 12 years of senior leadership positions under his belt he is excited to be taking up his first headship in January 2021. James is currently completing a Master’s degree in Educational Leadership and has a particular interest in inclusive technology. He led an award winning telepresence robot project enabling children with cancer and other medical conditions to remain connected to their schools during treatment and recovery. He has a son in Year 11 in one of the Trust’s schools where he spent three years as a parent governor.